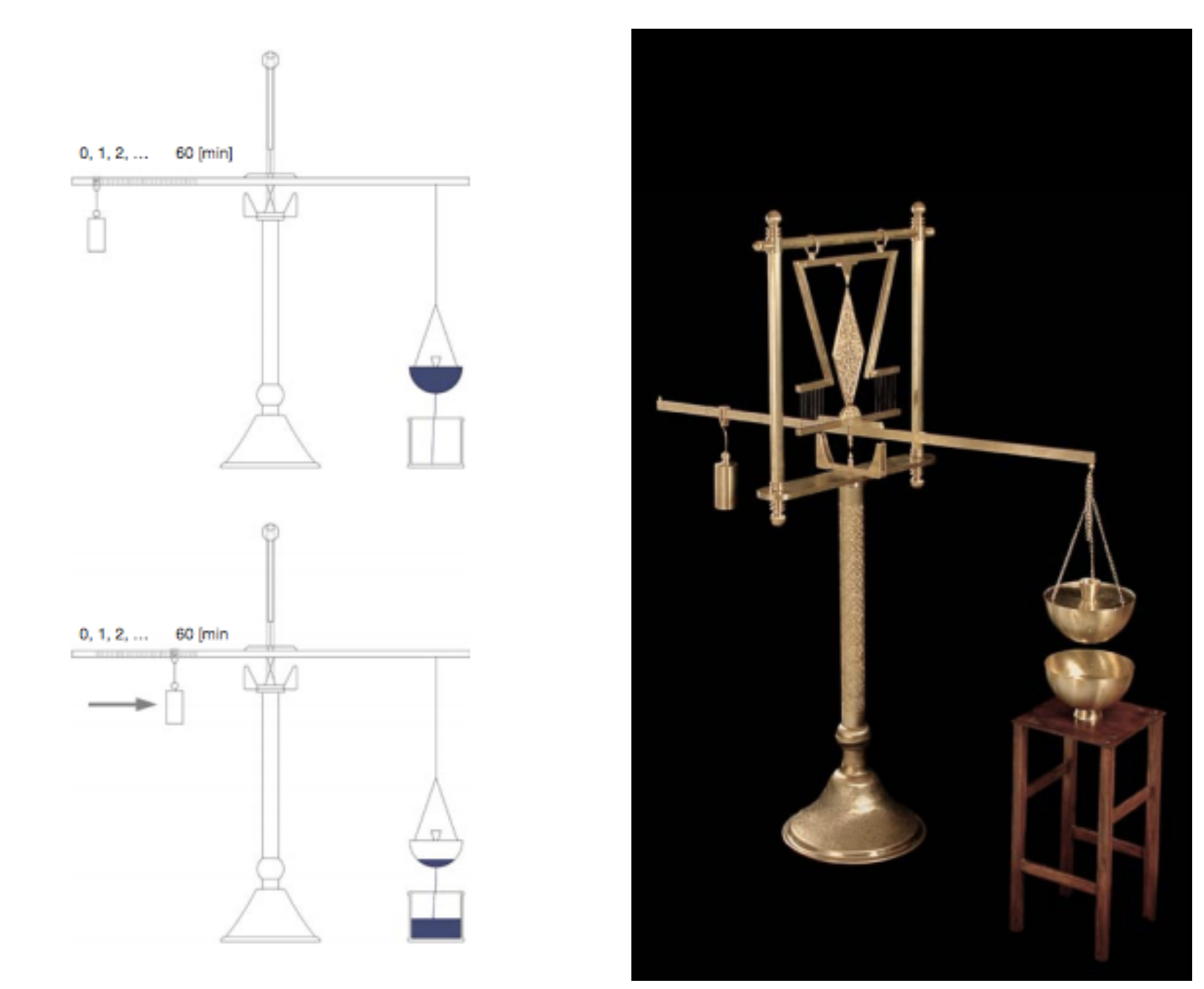 Balance of minutes described by Al-Khāzini (515/1121). The model in the Museum for the History of Science and Technology in Istanbul`s Gülhane is a reconstruction, which runs for one hour and is equipped with a scale of 60 minutes for this purpose.

5th Interantional Summer School of the Prof. Dr. Fuat Sezgin Research Foundation for the History of Science in Islam, Istanbul

Water ranks among the four elements that constitute life. From the rivers of paradise to irrigation in agriculture – life depends on water. Water is energy, not only when lifted from low-lying rivers to higher levels (through lifting technologies, pumping stations) in order to irrigate fields or to supply urban institutions (e.g. hospitals, public baths), but also when driving mill wheels or hammer mills (e.g. for making paper pulp). Water supply systems, most prominently the long-distance kanat (qanāh), bear witness to the heritage of skillful water engineering, described by travelers and geographers.

Water clocks allow the measurement of time and its equitable allocation; hence they play an important role in irrigation agriculture. Water balances can be used to determine the specific weight e.g. of minerals, as demonstrated by Bīrūnī`s pycnometer. Water is entertaining, as in the impressive automata of the Banū-Mūsā in ninth-century Baghdad. The topic of water offers great potential for historical research; examples are the study of how rivers were mapped, navigating the seas (with the help of the astronomy of the fixed stars), alchemy and chemistry (distillation), medicine (water therapy) and bathing cultures (ḥammām). “Like a drop in the ocean” calls to our mind Rūmī and Shakespeare. Not least – Istanbul`s unique geographical setting along the Bosphorus has left a strong imprint on the city; it is also full of archaeological remains of water systems (e.g. cisterns, wells and aqueducts) that date from ancient to Ottoman times.

We cordially invite you to participate in the Summer School with workshops, presentations, papers, and other teaching formats. Please send your abstact (200 to 300 words) by email to Detlev Quintern detlevquintern@googlemail.com no later than February 28th, 2017. The contributions will be published in Gülhane Studies (Yearbook of the Prof. Dr. Sezgin Foundation).